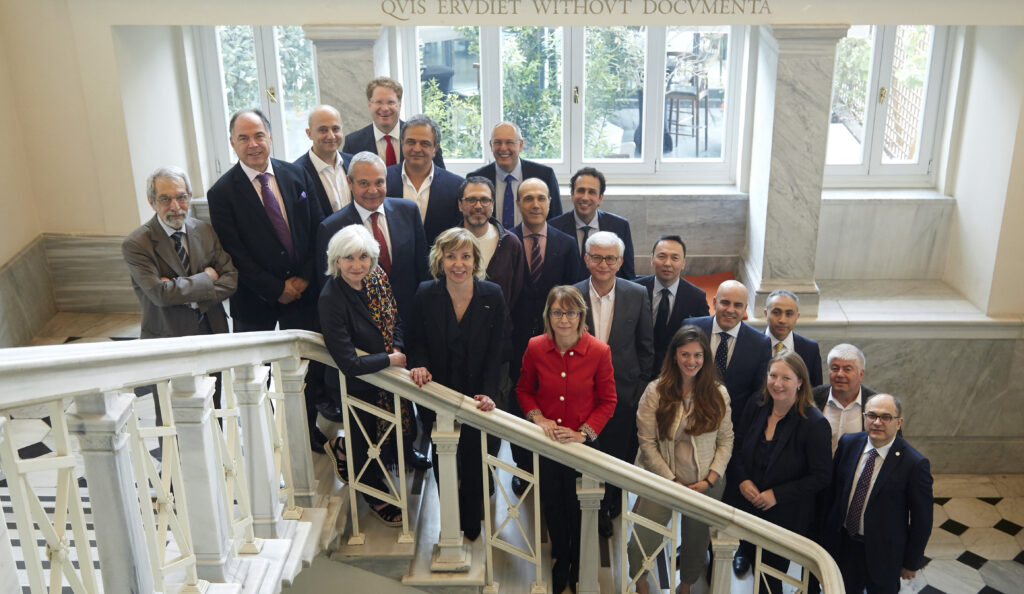 A new think tank, the SHURA Energy Transition Centre, was launched today in Turkey. Its first report reveals that doubling the estimated renewables expansion to 40GW has no significant impact on system planning and operation.

Istanbul, 9 May 2018 – The SHURA Energy Transition Centre, a newly established energy transition think tank in Turkey, celebrated its opening today and presented its first report, “Increasing the Share of Renewables in Turkey’s Power System: Options for Transmission Expansion and Flexibility”. The first of its kind, this report for Turkey shows that the currently installed capacity of wind and solar energy can be increased to 40 GW by 2026 without any requirement for additional transmission infrastructure investment than that currently planned.

The SHURA Energy Transition Centre was founded by a partnership of the European Climate Foundation (ECF), Germany’s well-known think tank Agora Energiewende and the Istanbul Policy Centre (IPC) within Sabanci University. Its remit is to support Turkey’s transition to a low-carbon power system by conducting data-driven, impartial and independent analysis. It addresses the need for a sustainable and broadly recognised platform for discussion on the technological, economic and policy aspects of Turkey’s energy sector.

Opportunities for higher levels of renewables illuminate the decarbonization pathway

The Centre’s comprehensive report reveals that Turkey can double its estimated increase from 20 GW to 40 GW of wind and solar energy by 2026, without any additional cost to the Transmission System Operator’s (TSO) investment projections. In other words, doubling Turkey’s solar and wind capacity would have no major impact on system planning and operation. That also means that 20% of total electricity production would be generated from solar and wind and that Turkey’s current transmission system would be able to handle this expansion.

“This marks a breakthrough for the system operator, public authorities, energy planners and investors. This report can offer an insight into the large-scale transformation of Turkey’s power sector transition” said the Director of the SHURA Energy Transition Centre, Dr. Deger Saygin, “Turkey has the potential to become a leader in reshaping the energy sector and this study shows that Turkey’s energy system has the capacity to handle this transition”

Laurence Tubiana, one of the key architects of the Paris Agreement and the CEO of The European Climate Foundation, provided a keynote speech at the launch event and said “The establishment of the SHURA Energy Transition Centre in one of the fastest growing emerging economies within the G20 and OECD is very timely when considering the crossroads at which Turkey’s power sector is standing. As discussions about the EU’s mid-century decarbonisation strategy gather pace, Turkey can make a substantial contribution to global mitigation efforts based on common but differentiated responsibilities, as well as ensuring a secure, efficient and low-carbon power system. I believe SHURA can play a significant role in providing data-driven choices as a basis for decision-making via its cutting-edge systems understanding, provision of a transparent and fact-based discussion platform and facilitation of public debate”.

“The SHURA Energy Transition Centre is filling an obvious gap in Turkey’s energy debate. Few have noticed the impressive development of Turkey’s power sector, with strong growth and considerable investment in the past decade,” said Dr. Patrick Graichen, Executive Director of founding partner Agora Energiewende. Dr. Graichen was impressed to see the abundant potential and creative entrepreneurs working to lead the transition and continued: “The recent growth in wind and solar generation capacities – almost 2 GW of solar were installed last year – will also impact the EU’s integrated power system ENTSO-E, with which Turkey is synchronized. We are very happy to see an independent and visionary think tank emerge which will not only inform the Turkish debate but, also, provide an important contribution for the emerging network of energy transition think tanks in Europe and beyond”.

“Turkey’s renewable energy market has been expanding and developing in the last decade. I believe SHURA represents our trust in the transformational power of renewable technologies in Turkey. The centre’s name combines the names of the Gods of wind (Shu) and Sun (Ra) in Middle Eastern mythology and creates a connotation of enabling dialogue thanks to the ‘şura’ homonym,” added Selahattin Hakman, the Chair of the Advisory Council of the SHURA Energy Transition Center.

Sabancı University’s Rector Prof. Dr. Zehra Sayers made an opening speech at the event, saying “Sabanci University has been undertaking top research on the topic of climate change and energy for years with national and international partners and has established several successful initiatives. This is the main reason why Sabanci University is the right place for hosting such a think tank initiative -bringing policy-makers, members of the private sector and civil society together through the fact-based, genuine research which is at the core of the University’s values”.